My first fully designed building for housing. We have been asked to do a building at the lake Hallstatt in Uperaustria. And I was really proud to reach the 2ND place out of hundreds of Students.

This summer I received an offer for a study trip combined with a workshop in Tirane. I thought it would be quite interesting to participate….. I had no idea what will wait for us, in the preparation time we had to do a small sheet about special things in Albania. And so I had to collect informations about bunkers in Albania. This bunkers, once thought as military instrument in form of strategic defense lines, economy boost and propaganda for the Hoax regime. In this way the first bunker was built and the man who planed the first type had to test this peace as first. He had to sit in the bunker waiting for an attack . After he stepped out without any physical damage to his body, the regime started to build the first of now 500.000 to 750.00o bunkers in different sizes beginning with a single person one reaching to bunkers for lots of people.

So far no one wants to pay the destruction of this bunkers, I found a lots of information of a great project using this bunkers in different ways to build some infrastructure for tourism and public environment like toilets. and at least , in Albania are that much bunkers, it is possible to get one for your self as a souvenir. 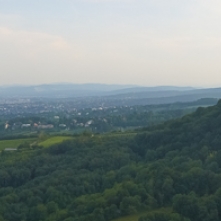 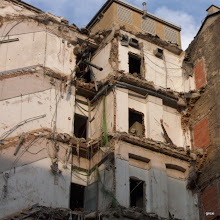