as I am at the course “Erstes Wiener Nachtentwerfen” I collected some of my photos related to light.

This course is told by Susanne Seitinger

A collection referring to my interests 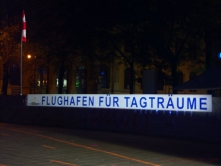 Several photos out of my collection related to light.

Random Internal Swarmlight, a kind of a virtual swarm and the best fit for an idea I had around swarm lighting. This kind of structure in a different scale enables variation of lighting in the public space.

This is not exactly what I thought of when I was looking for a flying light. but it shows the possibility of a flying light. Putting this in a swarm structure  could bring a totally new way of lighting. This thing could make a public lighting something very personal.

Now a class mate posted a much better project about flying lights, http://ersteswienernachtentwerfen.wordpress.com/2011/10/19/flyfire/

Bioluminsecent lighting of algae in the seawater, somehow also a kind of swarm lighting. The swarm in a very small single part.

A simple way to show bio-luminescent algae with a shot into the water, not a great video but some simple way of working with this potential of nature.

A simple way to symbolize a swarm 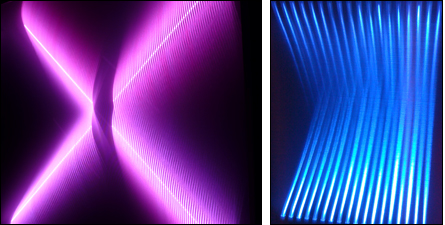 they emit visible light when exposed to ultraviolet light

LumiBots are small, autonomous robots that can leave glowing traces. The robots are equipped with a UV LED at their tail which leaves a glowing trail on phosphorescent sheet. The traces do not only create generative images which tell the story of the robots’ movements, but have a deeper meaning for the lumiBots: With their light sensors, they can follow the other robots’ as well as their own trails, and amplify them, thus creating an ant-trail-like mechanism luring more and more robots on the same path.

Historical information around the Karlsplatz and the TU Wien

One thought on “about lights” 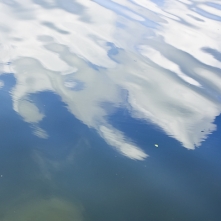